Professor Joseph Anthony Camilleri OAM is Emeritus Professor at La Trobe University, where he held the Chair in International Relations. He was founding Director of the Centre for Dialogue, La Trobe University (2006-2012). He is a Fellow of the Australian Academy of Social Sciences and is Managing Director of Alexandria Agenda. His most recent publications include The UN Alliance of Civilizations in Asia – South Pacific: Current Context and Future Pathways (2014) and Culture, Religion and Conflict in Muslim Southeast Asia (Routledge 2013). 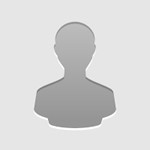